Sierra Pines sits in the rapidly growing West Riverside area, offering the ability to opt out of existing regulatory restriction.

Built in 1985, Sierra Pines was constructed through the financing of tax-free bonds (“City of Riverside, California, Multifamily Housing Revenue Bonds, 1985 Issue A”) issued through the City of Riverside. Simultaneously accompanying this issuance, the property was encumbered by a “Regulatory Agreement and Declaration of Restrictive Covenants” whereby 20% of the property’s units were to be rented and occupied by “Lower-Income Tenants” (an adjusted income which does not exceed 80 percent of the Area Median Income). The initial “Qualified Project Period” was “50% of the number of days comprising the term of the Bonds commencing on the first day 10% of the dwelling units were first occupied.” Per the original regulatory agreement, and the eventual refunding of these bonds, it is estimated that a total of 3.5 years of the initial “QPP” term was satisfied by 1991.

On May 1, 1991 the original developer/builder defaulted on its loan causing the City of Riverside to issue “Refunding Bonds,” and in the process, preserve the property’s low and moderate income affordability resulting in an “Amended and Restated Regulatory Agreement and Declaration of Restrictive Covenants” being recorded on Sierra Pines. The bonds issued at that time, are the same bonds which remain outstanding today. This regulatory document, inclusive of its subsequent four amendments since, remains the prevailing regulatory document restricting incomes and rents at Sierra Pines. Affordable covenants in this document mirror those from the prior regulatory agreement, whereas 20% of the property’s units are to be rented to and occupied by tenants at 80% of Area Median Income.

The 1991 Bonds have a 30-year maturity date as their issuance occurred 27 years ago. Per the regulatory agreement, once 50% of the number of days of the Bond term has been reached, the “Qualified Project Period” is deemed satisfied and the existing regulatory covenants encumbering the property can be expunged from title, subject to guidelines per the California Government Code Sections 65863.10 and 65863.11. As of today, the “QPP” term aggregates to 18.5 years since August 20, 1985, and thus, appears to satisfy the term requirement of 50% of the initial Bond Issuance term penetrating the requisite threshold of 15-years.

On July 1, 2001 the prior owner of Sierra Pines (a “For Profit” entity) sold the property to its current ownership, which is a 501 ( C ) (3) non-profit entity. The bonds were assumed by the current ownership which required the City of Riverside’s consent as the issuer of the Bonds. As a result, a new regulatory encumbrance titled “Land Use Restriction Agreement” was issued by The City of Riverside and recorded on the property. This agreement required the current ownership “to assume all obligations per the “Second and Restated Regulatory Agreement and Declaration of Restrictive Covenants” dated as of December 1, 1995 as amended by and among the issuer.”

As current ownership is exempt from federal income tax per Section 501 ( C ) (3) of the tax code, the City of Riverside broadened the affordability restrictions at Sierra Pines to 75% of the property’s dwelling units for occupancy by Moderate Income Tenants (=/< 80% of AMI). Within this 75% of dwelling units (90 units), 20% (24 units) are to be rented to and occupied by Lower Income Tenants (=/< 50% of AMI). The remaining 25% of units (30 units) continue as “market-rate” units sans any income or rental restriction.

Current ownership also receives the benefit of the R.E. Tax Welfare Exemption per Section 214 (g) of the State of California Board of Equalization’s Revenue and Taxation Code. This exemption allows non-profit entities the ability to abate all or a portion of ad valorem real estate taxes (special and direct assessments do not qualify for abatement). Per the current regulatory restriction “all terms shall remain in full force and effect until the Issuer and Developer have received an opinion of Special 501 ( C ) (3) Counsel that the covenants and restrictions contained herein are no longer necessary to preserve the Developer’s or its Sole Member’s exemption from federal income tax as organizations described in Section 501 ( C ) (3) of the Code.”

Our analysis assumes that Sierra Pines has satisfied the “Qualified Project Period,” subject to an opinion from Special 501 ( C ) (3) Counsel and guidelines per California Government Code Sections 65863.10 and 65863.11. As such, all units within the property will be converted, renovated and upgraded to “market-rate” units within the first 24 months of ownership. This offering assumes a “For-Profit” owner/developer seeking to reposition Sierra Pines by opting out of all affordability and paying fully indexed R.E. Taxes per Proposition 13. Nonetheless, this offering may also attract affordable developers and non-profit entities looking to preserve, extend and possibly expand existing affordability and who can also take advantage of California’s R.E. Tax Welfare Exemption.

“The above is not intended to be legal advice nor any representation from the seller, nor Berkadia Real Estate Advisors. Prospective purchasers are encouraged to seek legal counsel to confirm all existing regulatory restrictions and covenants on Sierra Pines, their intended term and the requisite process required to remove or expunge such restrictions from title. " 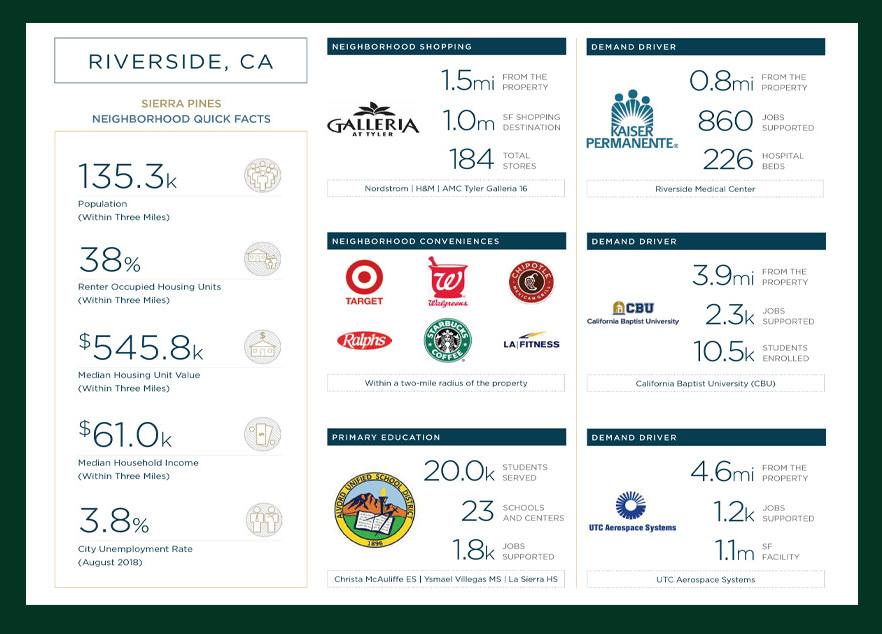 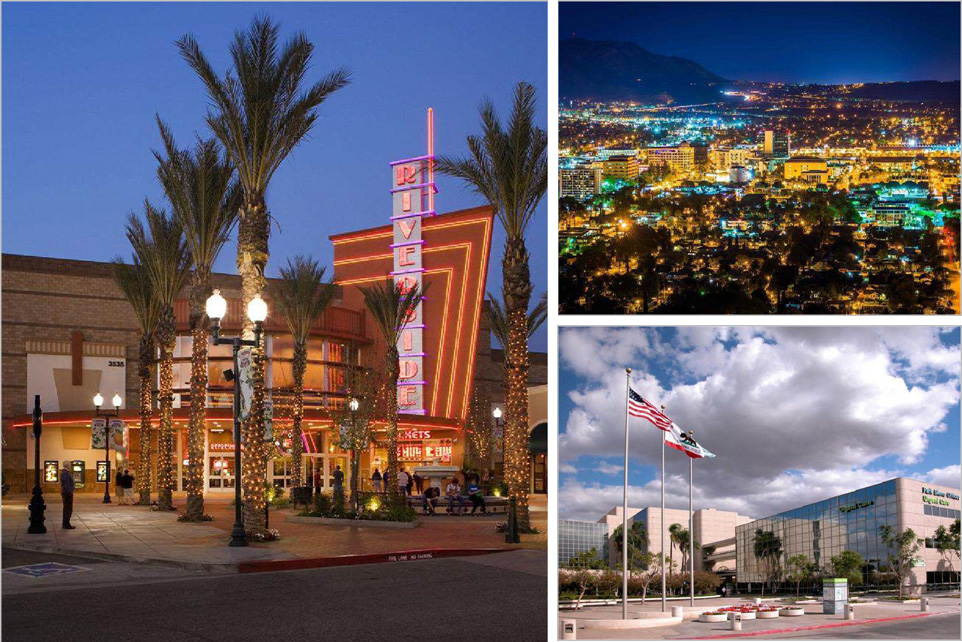 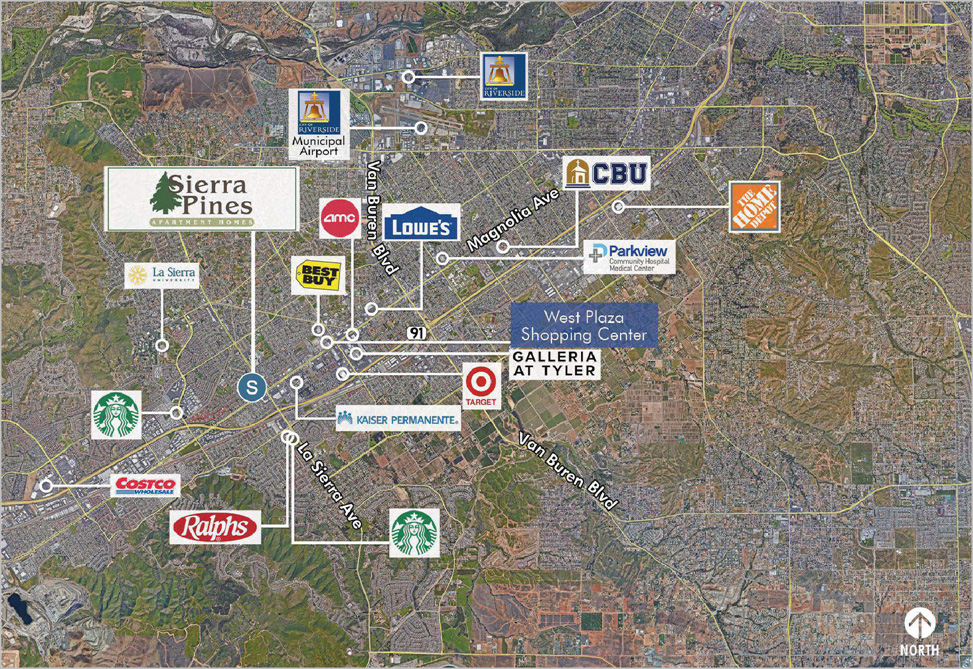 Sierra Pines sits in the rapidly growing West Riverside area, offering the ability to opt out of existing regulatory restriction.